I saw the film "The Help"last week. I sat in the theater after it ended for a bit feeling a feeling I had had when I finished watching "Dances with Wolves" many years ago. Confused Anger. What is it about being white that makes us feel like we're superior?

In Hawai'i, I learned that over and over again white people have gone into a culture and demanded they should be more like them -- and if they're not, because of the color of their skin or their religious customs, they refused to let them continue their customs - they treated them as if they were not human.

I believe I wrote about seeing the two young people of color in the back area of the townhomes where I live, and noticing they were looking up at the decks as they were walking by. I shut and locked my deck door, thinking they might be checking us out ... and then felt really stupid when I realized they were part of a team replacing the gutters on my neighbors home. I wondered why I automatically assumed they were up to something? Cultural conditioning.

When I was young, my parents were world travelers. For years we had an English governess, and then she retired suddenly just before my parents were leaving on an extended trip. My Mother had to take who the agency sent. It was a black woman and her teenage daughter, who just happened to have the same last name as ours. I can remember my Mother freaking out, giving us all sorts of instructions about not talking with the daughter at school, or playing with her at home, etc.. I couldn't understand why and even though I knew I would get in trouble when my parents came home, I made friends with the daughter. How could I live with someone, ride on the bus to and from school with them and not befriend them?

Years later, I asked her why she was so prejudiced. She didn't think she was. She talked about how she'd had a favorite black bartender during their parties, and Japanese gardeners, and Mexican cleaning ladies. Cultural conditioning. The whole time she was talking I could hear that she still felt she was better than they were. It saddened me, yet this was the way she was raised. She never really got it that things could be different.

I'd felt like we've come far beyond that, probably because of the circles I move in, yet in speaking with one person of color recently I discovered that they feel invisible in one of those circles.

We are the ones that can break the cycle of cultural conditioning. It's time. We do it by truly recognizing we are all One. Ernest Holmes writes: "As a person realizes their Oneness with Creative Mind, they are released from the bondage of false thinking.  They see, too, that freedom means liberty but not license."  (Glossary, p. 595.2) We don't have the right to treat anyone as if they aren't all that they are - Spirit made manifest.

If I have harmed anyone through my cultural conditioning, - by my acceptance of a race consciousness that denies anyone their good - I apologize. I will do my best to end this way of thinking and living right here and now.

Spirit is absolutely all there is. Everything and everyone is a personalization of The Divine. There is nothing but God.

Remembering this, I declare that I have released my cultural conditioning. I am open to a deeper wisdom about all people. I know they are One with me. There can only be One, because all is God.

As I live in this Truth, I lift up the consciousness of humanity - We are all recognizing our spiritual magnificence, and this is good, very good.

I am so grateful to be part of the breaking of the cycle of cultural conditioning. I am free!! and so is everyone else.

I release these words into the Law of Mind, knowing they have been embodied. And so it is.
Posted by Angelica at 4:42 PM No comments: 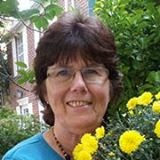